A little note to international and non Postwick residents. The village parish and green group have been working hard. Through part government funding we have managed to secure funds for the installation of a wind turbine. We think it is quite an achievement for a village hall such as ours to have this technology. Only time will tell the efficiency of the unit and the long term benefits but for now we can rest in knowing that the unit has been installed and commissioned. This page will contain more specific information when I collate it. 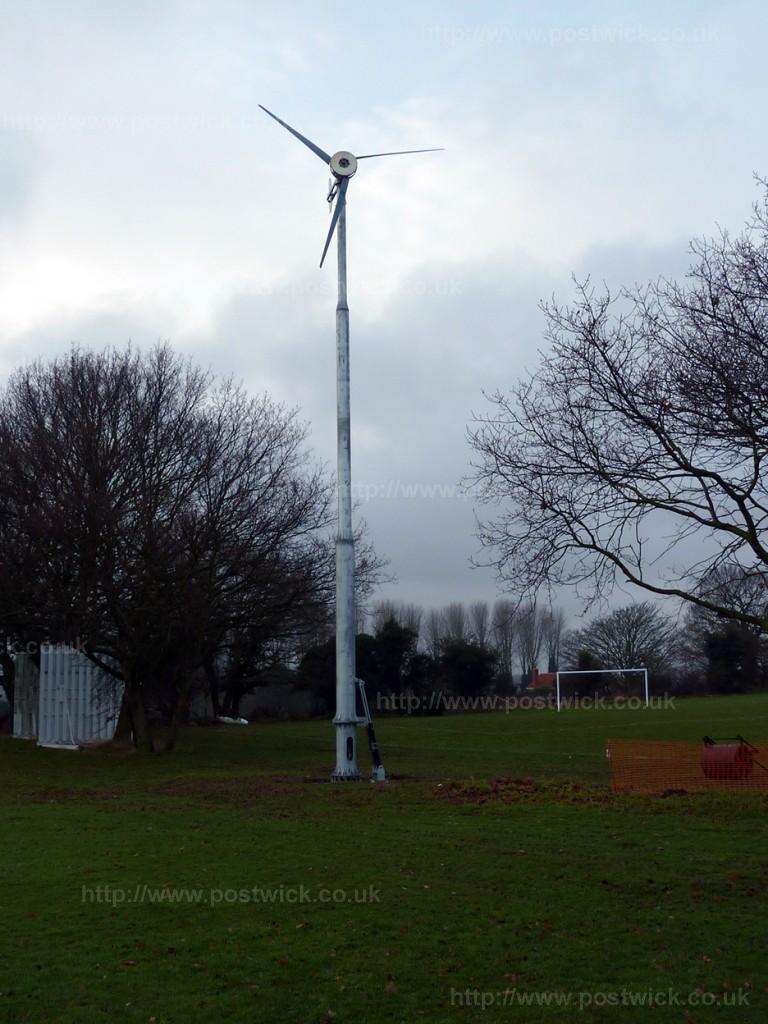 The turbine was switched on at approximately 14.30 on Saturday 22/1 as of today January 29th 2011 it has generated 60Kwh of import energy. 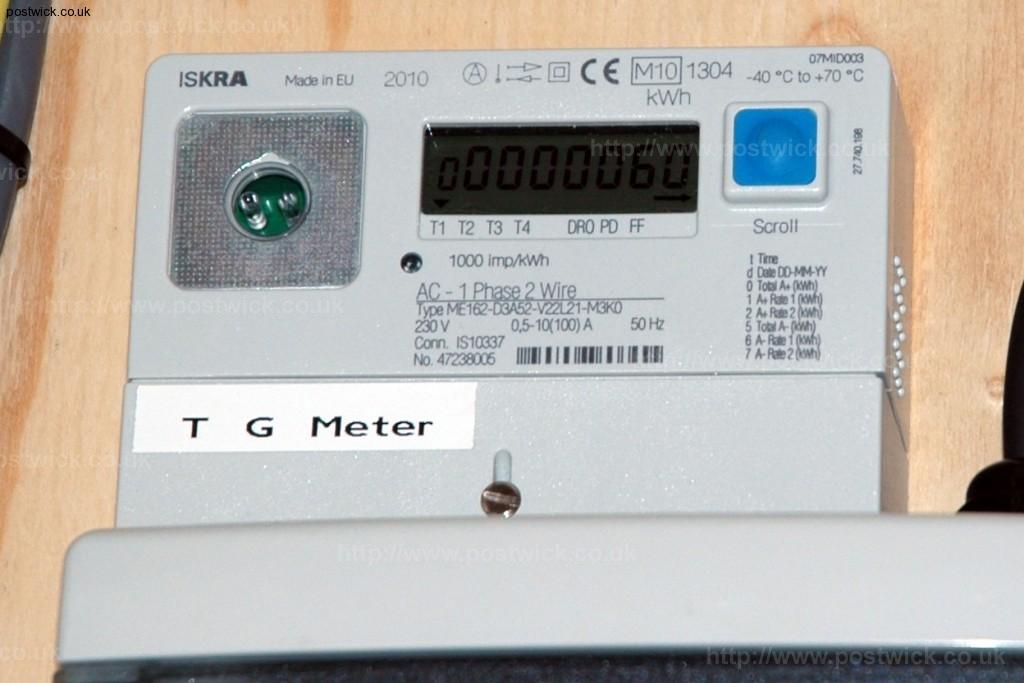 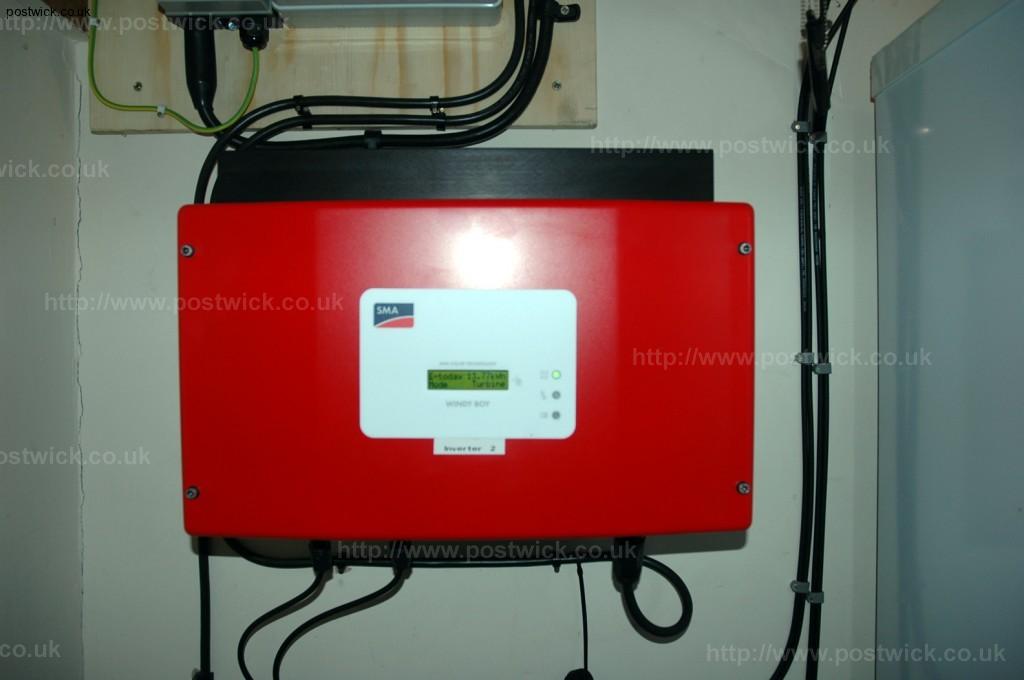 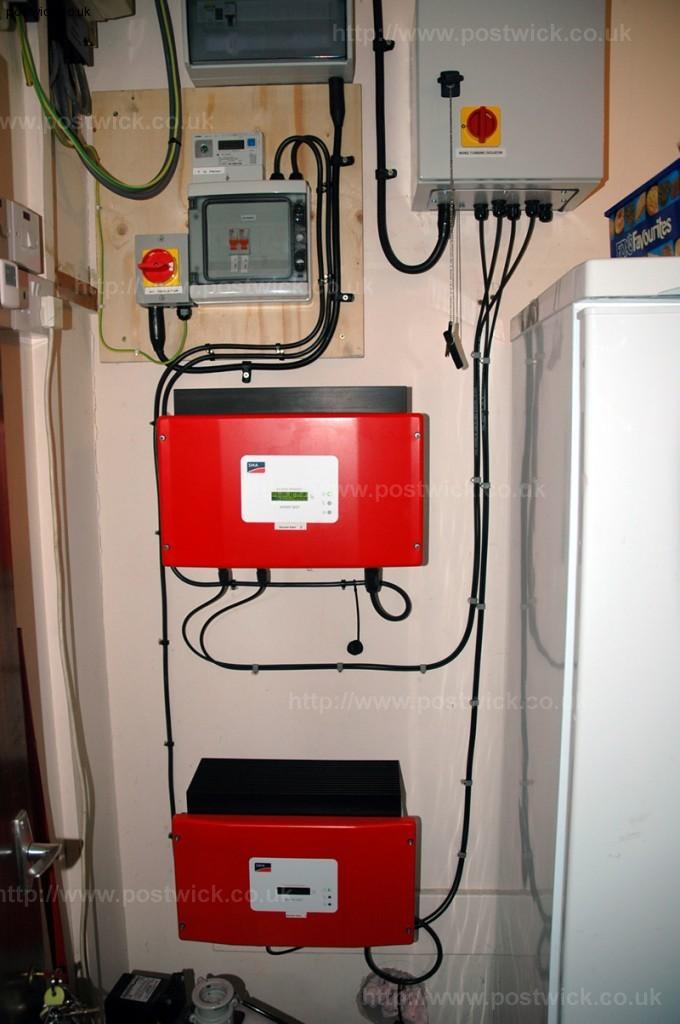 The above panel performs a number of functions including:

1. It contains a rectifier which converts the three phase “wild” AC from the turbine into DC
suitable for use by the inverters.

2. It holds the inverter(s) which convert from DC to grid synchronised AC.

3. It has safety fuses and isolator switches, for the input from the turbine, and output to the grid.

4. It holds various meters for measuring the energy generated by the system and the voltage

A small video about wind power

Horizontal-axis wind turbines (HAWT) have the main rotor shaft and electrical generator at the top of a tower, and must be pointed into the wind. Small turbines are pointed by a simple wind vane, while large turbines generally use a wind sensor coupled with a servo motor. Most have a gearbox, which turns the slow rotation of the blades into a quicker rotation that is more suitable to drive an electrical generator.[14]

Since a tower produces turbulence behind it, the turbine is usually positioned upwind of its supporting tower. Turbine blades are made stiff to prevent the blades from being pushed into the tower by high winds. Additionally, the blades are placed a considerable distance in front of the tower and are sometimes tilted forward into the wind a small amount.

Downwind machines have been built, despite the problem of turbulence (mast wake), because they don’t need an additional mechanism for keeping them in line with the wind, and because in high winds the blades can be allowed to bend which reduces their swept area and thus their wind resistance. Since cyclical (that is repetitive) turbulence may lead to fatigue failures, most HAWTs are of upwind design.

Do you need to book an event? Our village hall is ideal for a meeting. Club, Wedding Reception, Funeral, Hobby, Training. Not to mention we are green as we have a wind turbine and heat pump system..

Our village hall is located just outside Norwich. We are literally 10-15 minutes from the city centre.